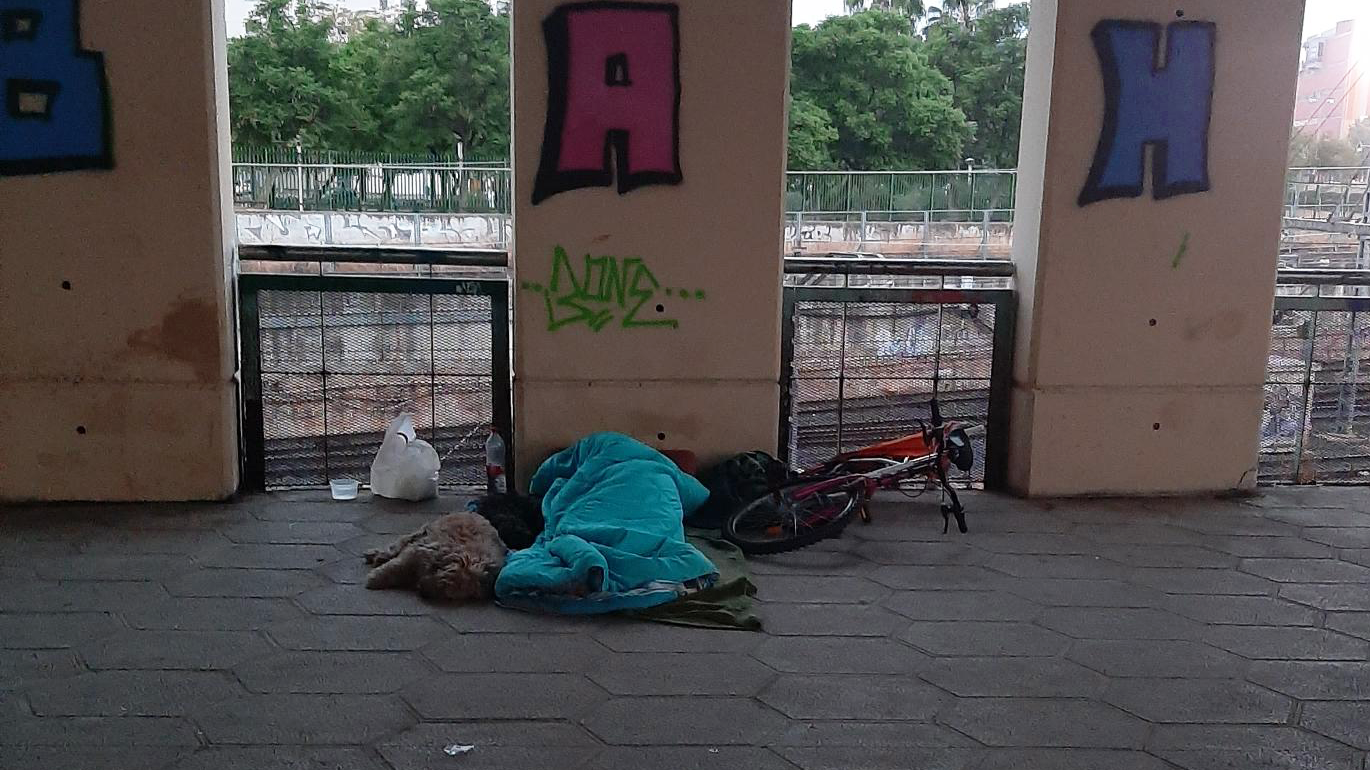 HOGAR SÍ urges all public administrations to take measures to eradicate homelessness in the light of the alarming new official data.

Madrid, October 19, 2022- Fundación HOGAR SÍ calls on all public administrations at a state, regional and local levels to resolve the increasing phenomenon of homelessness in our country, as reflected in the new results of the Survey of Homeless People, published today by the INE after ten years without updating data. The entity expects that from now on the frequency with which these studies are carried out will increase.

According to the data published today, 28,552 people would be in a situation of homelessness in our country. However, this survey only takes into account people who are users of the care system centers. Data about those living on the street are usually obtained through nightly counts carried out individually by each municipality, so, according to HOGAR SÍ’s calculations, the total number of people who are homeless could be 30% higher than that collected in this survey.

According to the new official information, 40% of homeless people have been homeless for more than 3 years, which indicates the chronification of this phenomenon. This, in the opinion of HOGAR SÍ, confirms once again that the traditional solutions used so far, based on shelters and emergency group housing, are ineffective in solving the problem. Furthermore, when asked about what they would need to get out of homelessness, 96% of people say they would not need a shelter, while 80% consider that housing would be the necessary factor to leave this situation, followed by employment.

Taking this into account, we would be facing a care system incapable of providing coverage to all people. 45% of people in this situation would be left out of the system from the beginning, considering that there are currently 20,613 housing places available for an estimated total of 37,117 people in a situation of homelessness.

For her part, Marian Juste, president of HOGAR SÍ, said: “These figures highlight the task we have ahead to eradicate homelessness. Fortunately, an increasing number of administrations are joining the need for a change in the model and in the methodologies applied and also more actors are getting involved on joining forces to solve this serious problem.”

The data confirm once again that homelessness is a structural problem. Thus, more than 40% state that they have reached this situation due to eviction, non-payment of their housing, termination of their rental contract or because their housing was in ruins, and 27% because they lost their job. More than 12% of these people spent their childhood in institutions or with people other than their parents and only 20.0% of homeless people say they lived until the age of 18 in a family environment without serious problems or conflicts.

Homelessness also hinders access to other rights. Thus, 44% of people experiencing homelessness report having a negative perception of their health, compared to 25% of the general population. At the same time, 20% of them have a disability, compared to 9% of the general population. Regarding to employment and the guarantee of minimum income, only 5% have access to a job and only 17% are receiving the Minimum Insertion Income and/or the Minimum Living Income. In addition, 30% of people in homelessness situation report having no source of income.

Housing is the place where they feel safe and protected, being the main barrier against violence and discrimination. This is also demonstrated by the survey, which shows that more than 50% of the people surveyed have been victims of a crime.

José Manuel Caballol, General Director of HOGAR SÍ commented: “Eradicating homelessness is a possible goal, but it has necessary conditions. Only with public leadership, translated into transformative policies that place housing at the centre and are accompanied by an adequate budget, will it be possible to make a real change in the model that will allow no person to live on the street in our country.”

Faced with these alarming data, HOGAR SÍ calls on all political forces to take action to urgently end homelessness. After ten years without data, today we finally have updated information on this phenomenon, which will make it possible to implement the solutions that will allow no one to live on the street. The time is now.

HOGAR SÍ is a social, non-profit, independent, plural and state-wide entity, created in 1998. We are convinced that it is possible to end homelessness through housing solutions, and we believe in the responsibility of facing the problem from society, placing the focus on the problem and not on the person who suffers from it.

This site uses cookies. By continuing to browse the site, you are agreeing to our use of cookies. privacy-policy, Find out more information in the link